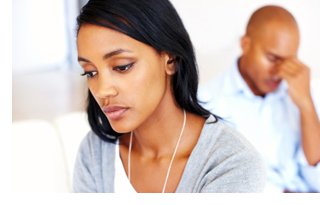 Did your class reunion go well this summer? How about your family gathering, the camping trip with the kids? How did your job evaluation go this year? Are you waking up with a sense of well-being and feeling just great? Or do you wake up feeling like you would rather hide under your pillow and retract from the world into a safer place for a while?

Perhaps you skipped planned events in favor of staying home, or because you weren’t feeling well. Recent statistics state that one in every five people experiences depression at some point in their lives. The symptoms are many and varied—and in today’s world it is important to have the ability to recognize common symptoms of depression, as well as understand the range of treatments available to alleviate its symptoms.

Prescription drugs aren’t the only option

For the past several years, Prozac has been the treatment of choice for depression. Antidepressants have risen to be top selling medications in the U.S. In fact, according to the Minnesota Council of Health Plans, antidepressants are the most commonly prescribed drugs in Minnesota. However, side effects of antidepressant drugs, as well as their ineffectiveness in helping the true causes of depression, are leading many people to seek a more natural solution to resolve what ails them.

Many clients come to me with questions that challenge simple acceptance of the addition of a drug to re-establish their feelings of well-being. They want to know what other options exist to relieve their depression, and they want to be educated. Without discounting the very serious cases of depression that may be best treated pharmaceutically, I feel that there are more effective solutions to help restore emotional balance to life than relying on medication. My answer is, of course, in the healing power of food. As a nutritionist I understand that food is the most important factor in the prevention and treatment of depression and anxiety.

Questioning the safety of prescription drugs

Now that Prozac has been in circulation for 13 years, we are learning more about the long-term side effects of its use. Some scientists are becoming skeptical of the widespread use of antidepressant medications, with good reason.

Harvard psychologist and author Joseph Glenmullen argues that the public should be cautious when believing manufacturers’ claims that side effects of these drugs are negligible. He feels that side effects are under-reported and under-researched by regulatory agencies, and that safer alternatives exist to treat depression.

Whether antidepressant drugs are the solution to everyone’s blues, a topic that will undoubtedly be debated for a long time, the fact remains that 20 percent of the U.S. population may be taking antidepressant drugs at any one time. This is an enormous number! Why are all of these people experiencing depression?

If you don’t want to think too deeply about it, you can turn on your TV and get your answers. Pharmaceutical companies are inundating television watchers with vague, non-educational commercials promoting their drugs. But having the money to advertise on TV doesn’t necessarily imply the best solution. The advantage held here is that when feeling down and vulnerable, many are tempted to turn to the easiest solution, that being a pill.

There is much that science has yet to uncover with regard to depression, and the complexity of the brain will likely prevent us from ever understanding its dynamics in full. It only makes sense that our best bet is to start with the basics. As unique individuals, we may require different treatment modes for similar problems. I believe that the long-term solution to treating depression is deeper than a medication, and in the direct control of those who choose to explore sustainable options.

In her book Depression Free, Naturally Joan Mathews Larson, Ph.D. details three studies conducted in the 1960s that dramatically illustrate the effect that food—especially nutrient deprivation coupled with stress—has on the body and mind. The studies looked at the factors of extreme anxiety, stress, and starvation, conditions experienced by former prisoners of World War II who had been held in Japanese concentration camps. Famous chemist Dr. Abraham Hoffer, Ph.D. found while treating former POWs that as a result of these circumstances many of the men developed a state of chronic disease coupled with depression, requiring a permanent need for high doses of vitamins for relief. The Canadian Government investigated the same factors by observing brothers who had served in World War II. They compared those who served in regular duty in Europe with those who were imprisoned in Japanese concentration camps. The results were sadly dramatic. The majority of men who had been subjected to starvation in concentration camps had developed depression and chronic degenerative conditions that their counterparts serving in Europe did not. Lastly, research at the University of Minnesota investigated the effects of starvation using conscientious objectors to the war. Experimental subjects were subjected to near starvation rations over six months. With time, the majority became severely depressed, anxious, and violent. Some required hospitalization. These negative emotional symptoms continued and even worsened for many of the men after the study ended. The implications of these studies are mind-boggling and emphasize the importance of the satisfaction of our basic needs for even minimal health. If these dramatic results could be accomplished in less than six months in a lab imagine how years of low nutrient intake, so typical in today’s world, can lead to the exact same outcomes.

When I read these research articles, a light came on in my brain. I see woman after woman in my office who has unwittingly conducted this same study on herself. Who are these women? They are the chronic low-calorie, crash dieters! So many women seem to be lost in an endless weight battle. Without proper information many end up on a starvation diet and opt for low to non-fat, low calorie, low nutrient foods. Some of these women run five miles a day and have very stressful jobs and busy lifestyles. They come to me when they are depressed and completely fatigued.

With each new client, I begin by helping the individual develop an eating plan. Time and again I love to witness the healing effects that real food can have on the mind and body. Most of my depressed clients need additional protein to supply the building blocks for serotonin and their 75 other neurotransmitters. I have them replace processed carbohydrates (breads, bagels, pasta) with real ones such as whole grains, vegetables, and fruit. I have them focus on a moderate intake of healthy fats. This means curing their “fat phobia.” I have them get rid of the unhealthy hydrogenated fats from their diet found in margarine, muffins, and the like, and replace them with real fats found in nuts, butter, olive oil, and fatty fish. I stress that clients engage in moderate exercise as well. Numerous studies document that exercise provides relief from depressive symptoms.

In addition to balanced eating and exercise, many nutrients have been scientifically shown to support a healthy brain and nervous system. They include:

Don’t underestimate the power of food!

As a nutritionist, I keep returning to the power of food and proper diet as the first line of defense against depression. Understanding and using food’s tremendous power puts you in the position to create your own antidepressant prescription. Many clients feel skeptical of the impact of food choices, but become convinced after trying an antidepressant eating plan. They end up feeling happy and hopeful, as they should. 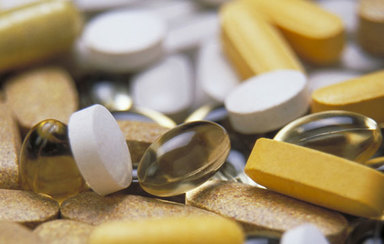 Take the Key Vitamins and Minerals for Good Health class and discover how to choose quality supplements to support your health! 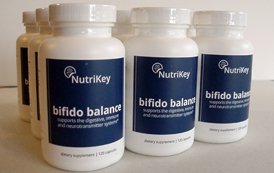 Our supplements are pharmaceutical grade meaning they are well absorbed, effective, and free of contaminants, fillers and additives. Enjoy FREE SHIPPING on all orders! 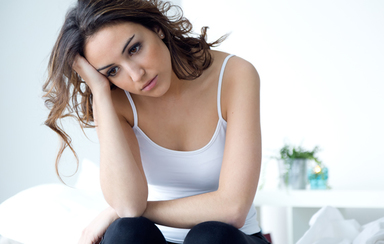 Stressed Out? High Anxiety? Real Food's the Answer. Understand how good nutrition can protect against health conditions that stress contributes to.