The Science of Compulsive Eating 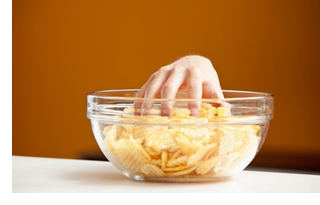 Do you know that compulsive eaters come in all sizes, ages, gender, economic levels and race? Are you a compulsive eater? If you can’t stop eating just one cookie, a few chips, one small bag of M&M’s® or one cup of breakfast cereal, you’re like millions of others.

An Example of a Compulsive Eater

A few years ago, a hardworking, 50-year-old man named Rick sat at my counseling table and said, “Dar, I am tired of eating like an adolescent. Now that I’m 50, I want to start eating like an adult.”

What Rick meant was that he was tired of bingeing on junk food and highly processed carbohydrates such as cookies and crackers and grabbing fast food for lunch while downing several bottles of Mountain Dew® for energy throughout the day.

Rick would often come home from work and eat non-stop—peanut butter and jelly sandwiches, chips, and ice cream—until he was exhausted. Then he would fall into bed and sleep fitfully, waking up feeling depressed from the sugar. Disgusted with himself, Rick knew he was out of control and would repeat the behavior again that day (This behavior is similar to that described by alcoholics in treatment).

If you experience this guilt-ridden, remorseful, out-of-control eating behavior like Rick, you are not alone! Food is no longer the solution. It is your problem.

Some professionals might label people like Rick as compulsive or emotional eaters. As a nutritionist specializing in therapeutic nutrition, I understand this pattern of eating is not a psychological or emotional problem; it is a biochemical/nutritional problem.

Become Aware of Your Sugar Consumption

Unfortunately, most of those 53 teaspoons are in the form of high-fructose corn syrup (which is more damaging to cells than sugar). Rick’s soda is loaded with high-fructose corn syrup. Dr. Marian Nestle, author of the popular book What to Eat, calls soft drinks “liquid candy.” Even more disturbing, many food manufacturers include corn syrup in drinks intended for babies. Often it is the first ingredient, meaning the product has more corn syrup than anything else.

Now stop and think: Did you grow up drinking soda? As a child in the 1940s, I was never exposed to soda. Even in the 1950s, it was a rare “treat.” Corn syrup was introduced when I was a child. Since then, the use of corn syrup use in foods has increased a thousand percent! Researchers have found that diabetes and obesity have increased at exactly the same rate. It’s not hard to understand why food has become the problem, instead of the solution. At this rate, we are preparing our children to be addicted to sugar.

A Biochemical Solution to Compulsive Eating

After working with Rick, I was able to help him understand that his problem was biochemical, not psychological. I changed his eating plan as follows:

The result? His out-of-control eating stopped within a few days. His energy returned. He started sleeping soundly through the night and his feeling of well-being and zest for living returned—all within a month!

As a nutritionist, I know that real food is the solution, but people need ongoing support as well as facts. Because our food supply is designed for profit, not health, you must be proactive in your quest for accurate information and professional guidance. Next time you find yourself eating compulsively, realize that all the guilt in the world will not correct this behavior. A more productive approach would be to schedule an appointment with a nutritionist who can help rebalance your biochemistry. Remember, real food is the solution.

Available online or in-person. Learn the food connection to how you feel in this 12-week program.

Listen to Our Radio Show

Download a past radio show or listen live every Saturday morning live at 8am on myTalk107 for practical nutrition tips.