Let us introduce you to Generation UCAN. Not only is it new to our shelves at Nutritional Weight & Wellness, it’s a new carbohydrate! Literally. Generation UCAN is a new calorie source in the world, and we couldn’t wait to highlight it today.

This description from their website sums the product up nicely, “SuperStarch is a healthy, natural, gluten-free carbohydrate innovation backed by proven science. It is a trusted energy source that gives you steady, even energy and helps you maintain stable blood sugar. Finally, there’s a healthier, more efficient way to energize than sugars, caffeine, or high carb meals.”

The product was originally specifically developed for children with a rare blood sugar disease, glycogen storage disease. It was only after finding incredible success and relief for these children and their families (great video on that here) that the UCAN founders discovered that Generation UCAN actually benefits everyone—from professional athletes to the everyday person looking to lose weight.

In a nutshell, UCAN keeps your blood sugar steady for several hours, with no highs or lows, or the crash and spike effect you get from most carbs. Why is that a big deal? Every time you spike your blood sugar your pancreas produces insulin to bring your blood sugar back down. Insulin is a storage hormone that tells the body to store fat. Even a little insulin tells the body to store fat. We know and teach this at all our Nutritional Weight & Wellness classes and counseling, but to many people this is a huge new concept. You can avoid a blood sugar spike and crash by eating foods in balance—a healthy fat, animal protein and low-starch carbohydrate—but for many people that’s just plain hard, which is where a product like UCAN can shine. After all, you simply mix it with water or toss it in a smoothie, and you’re good to go with sustained energy. How easy is that?

Think of the nurse working double shifts running from one patient to the next; does she have time for a meal? Probably not. Think about the farmer out in the fields all day, not wanting to sacrifice time to come in and eat. Think about the distance runners training for a marathon, depleting energy as they log miles.

Next think of all the people struggling with their weight. They’ve hit a plateau and aren’t sure what to do next. UCAN can help with that too. Jeff Volek, PhD and RD, described the fat-burning part of UCAN with a car metaphor, saying a person…“using SuperStarch is like a hybrid car that can run on gas (carbs) but is more efficient, can last longer and perform better on alternative fuel (fat).” In fact, doctors, physicians, pharmacies, and we at Nutritional Weight & Wellness are now recommending UCAN to help people lessen their dependence on diabetes medication (we’d obviously add that you must be eating real foods in balance too!).

Back to athletes for a minute, and we’re talking about you everyday athletes too! Are you going out for a walk with the pup, a kickboxing class with your friends, training for your first 5K or trying out yoga? You are an everyday athlete that can benefit from UCAN because, get this, you burn three-times as much fat when you exercise after using UCAN than standard sports nutrition (think Cliff Bars, Gatorade, etc.).

UCAN founder and executive vice president, Peter Kaufman, realized when UCAN was newly developed that it might be appealing to athletes since if your blood sugar doesn’t drop and “it keeps your energy stable, you can probably run far.” Which turned out to be an understatement! In the past years, the following laundry list of winning athletes all have at least one thing in common—they take UCAN on a regular basis. So, drumroll please…

How to take it

How do you consume this “one of a kind energy source?” It’s easy! If you’re looking for a convenient snack, we recommend keeping a UCAN bar handy, they come in flavors of cinnamon and two chocolate based flavors sold in all Nutritional Weight & Wellness offices. This balanced snack will tide you over for a couple hours at least and stabilize your blood sugar before you get a chance to eat your next meal.

For athletic endurance try some of the UCAN powder packets that come in three flavors, cranberry raspberry, orange and plain. Mix the whole packet in water (if you’re using the plain powder, mix that into a smoothie) and drink half the mix before your workout and half after.

That’s it! Let us know what you think of the flavors and if you notice any benefits when exercising or in your weight loss efforts.

All of the UCAN products, both bars, and powders contain the same SuperStarch that can steady energy, burn fat for fuel, optimize recovery, and improve body composition with little or no GI distress. You can find the UCAN Products here. For more targeted and individualized guidance on meeting your weight loss goals, we suggest making a one-on-one Nutritionist appointment. 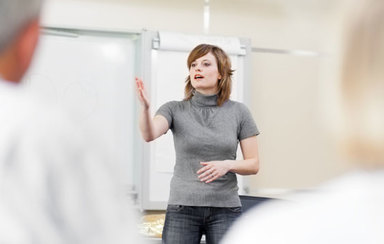 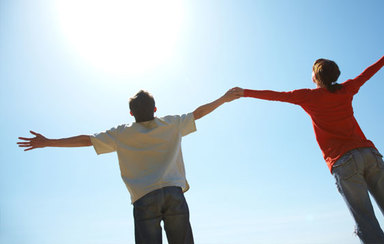