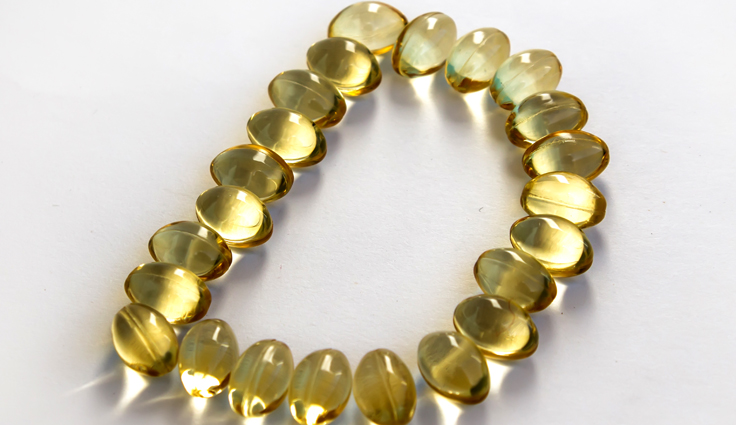 Most people are aware that we get vitamin D from the sun which in turn creates a direct impact on moods, but what else could it impact? In one word, everything. If it sounds like we’re being dramatic, we’re not. Literally every tissue and every cell in your body has vitamin D receptors. So while our main source is the sun’s rays, it’s not as easy as just stepping outside. Sure, in the summer months there’s plenty of sunshine, but there’s also plenty of sunscreen preventing us from creating an adequate amount of vitamin D. Then comes winter and if you live north of the latitude of Atlanta, Georgia, you’re not getting enough vitamin D from the sun. Either the sun isn’t out enough or when it is shining, temps may be cold enough you may not want to be out soaking in the (freezing) sun.

As always we try to suggest real food for your nutrients, but the problem with vitamin D is that there are very few foods that contain adequate levels. While wild-caught fatty fish like salmon have some vitamin D, egg yolks, another source, only contain 30 IUs of vitamin D, a drop in the bucket if you are trying to get 4,000 IUs per day. Since we’re not about to start skimping on the sunscreen, pack up and move to the desert, or eat dozens of eggs a day, we suggest taking vitamin D supplements and here’s why...

1. Vitamin D and the cancer connection

Dr. Cedric Garland, a vitamin D researcher, estimates that 75 percent of cancers could be prevented by getting vitamin D levels in blood to optimal range. This makes sense since additional research also states that the rate of certain cancers (mainly breast, prostate and colorectal cancers) are higher the farther away from the equator you live; indicating a relationship between living in sun-rich areas and reduced rates of cancer.

Dr. Holick, a leading vitamin D authority and author of the book The Vitamin D Solution, agrees, stating that you can reduce your cancer risk by 30 to 50 percent by increasing your vitamin D levels. Interestingly, adequate levels are also associated with a better chemotherapy response, less tumor growth and decreased chance of metastasis.

2. Vitamin D and the pregnancy connection

In one northern hemisphere study, 70 percent of pregnant mothers in Boston and 80 percent of their babies are vitamin D deficient. During pregnancy a deficiency can cause preeclampsia—high blood pressure, headaches, kidney issues and more—and even a higher risk of having a C-section delivery. The good news is that women can stock up on vitamin D levels before, during and after each pregnancy.

Furthermore, children deficient in vitamin D are 2.4 times more likely to develop Type I diabetes, the autoimmune form of diabetes.

Autoimmune diseases that attack healthy cells—like multiple sclerosis, rheumatoid arthritis and type I diabetes—are all more prevalent in those with a vitamin D deficiency. Similar to the cancer findings listed above, most autoimmune diseases are less common in people living near the equator, again pointing to the importance of adequate levels of vitamin D.

The strongest study indicating this connection occurred in Finland, a country with little sunlight and the world’s highest reported incidences of type I diabetes. The findings revealed that Finnish newborns who were given 2000 IUs of vitamin D daily had a nearly 80 percent reduced risk of developing type I diabetes than babies who did not receive the vitamin.

Researchers have found that low levels of vitamin D allow calcium to accumulate in artery walls, forming a dangerous plaque. When plaque breaks up, which it does, it often causes clots that lead to heart attacks and strokes. Beyond this plaque buildup, high blood pressure is another main cause of heart attacks and strokes. Vitamin D plays a role by relaxing the blood vessels, making them more flexible and therefore lowering blood pressure.

5. Vitamin D and the mood connection

You know how great you feel when you have been in the sun? That’s the vitamin D you’re soaking up. Vitamin D, which is made in the skin, can also create those happiness-inducing brain chemicals like serotonin, dopamine, and endorphins. Too little vitamin D and we feel depressed, lazy and have little energy.

6. Vitamin D and the obesity connection

Research tells us there is a relationship between metabolism in fat cells, insulin sensitivity and vitamin D deficiency. Body fat sequesters vitamin D, preventing it from being available to other parts of the body, which is why obese individuals must supplement with extra vitamin D to raise their levels. Often they will need two to three times the amount of vitamin D as a non-obese person.

How to get enough vitamin D

If you suspect you’re low in vitamin D, and more often than not people are, we recommend having your levels tested by a doctor. At Nutritional Weight & Wellness we like to see the results of a vitamin D 25 (OH) test somewhere between 50 and 70 ng/ml. If you’re living in a cold northern climate, use a supplement of 5,000 IUs per day in the winter. Easy to remember because it comes in one 5,000 level small softgel that is so small it’s a cinch to swallow. For more southern climates (or summer for us northern folks), use a supplement of 3,000 IUs per day year round. For this level use three of the 1,000 level softgels. For children, or anyone who doesn’t want to swallow anything, there is also a liquid vitamin D form.

For children we recommend a smaller amount (400 IU) dropped straight into their mouth; just a drop of this liquid form contains that amount.

Once you’ve been taking vitamin D for a while we recommend having your levels tested again to make sure you’re getting enough. The levels needed can vary quite a bit between people. In closing, these are just a few of the places that vitamin D can impact your health, and we can’t stress enough this is one of the most important (and inexpensive) nutrients for your overall health.

We would recommend increasing your vitamin D levels. Due to your condition it would be best to make an appointment with a nutritionist for more individualized advice.