The Gluten Connection to Compulsive Overeating

Have you ever wondered why that little slice of birthday cake leads to a day, week or month of binge eating? Well, you are not alone. We are a country plagued with cravings that fuel compulsive overeating. Some people crave sweets and others breads and pasta, but one thing that most of the foods we crave have in common is that they contain gluten.

Gluten is a protein found in wheat, rye, barley, oats, spelt and Kamut. Common gluten-containing foods are breads, cereals, pasta, bagels, muffins and cookies. Gluten provides elasticity to dough, which helps the dough rise and gives the baked good a fluffy, chewy texture. Of all of the sources of gluten, modern-day wheat seems to be the most problematic when it comes to cravings and addictive eating and is the most consumed source of gluten. According to Dr. Mark Hyman, in one year, over 55 pounds of wheat flour are consumed by each American.

Why is gluten addicting?

There are two main reasons why gluten is so addicting:

Let’s look at these in more detail.

Wheat has become one of the most high glycemic foods you can eat. It now surpasses table sugar on the glycemic scale. In other words, two slices of bread raise your blood sugar higher than two tablespoons of table sugar. That is really alarming! And, as you know, what goes up must come down. After your blood sugar spikes from gluten-containing foods, like whole wheat bread, your blood sugar drops dramatically, which often leads to cravings and addictive eating.

2. The mind-altering effects that lead to compulsive overeating 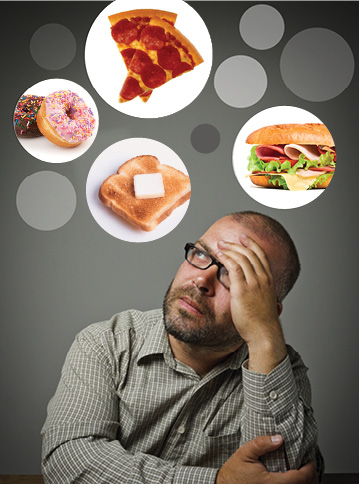 Foods that have a high level of gluten, like wheat, can increase your appetite. Consuming gluten truly makes you want to eat more processed foods (cookies, cupcakes, pretzels, candy, soft drinks, pizza, muffins and sandwiches). Studies reported in the American Journal of Clinical Nutrition found that people who consume gluten eat an average of 400 more calories per day.

In addition to the extra calories, for some people gluten can act like a drug, causing peculiar drug-like neurological effects. In his book, Wheat Belly, Dr. William Davis says that morphine-like compounds created from the digestion of gluten pass through the blood-brain barrier and have the potential to generate euphoria, addictive behavior and appetite stimulation.

For many people with a gluten addiction, it can dictate food choices, calorie consumption, and how often meals and snack are consumed. Gluten can influence behavior and mood and even dominate thoughts. Dr. Davis reports that obsession over gluten-containing foods “can go as far as thinking about them constantly, talking about them with anyone who will listen, and salivating over them even when they are not in sight.” He has even had many clients dream about bread! 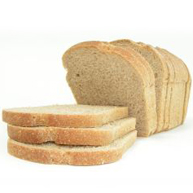 Research estimates that 18 million Americans are sensitive to gluten. Severe cravings and compulsively eating gluten grains are symptoms of food sensitivity or intolerance. There is a theory that people tend to crave the very foods to which they are intolerant.

What’s your next step?

Your plan to reduce compulsive eating may be to cut out all gluten foods. Also stay clear of sugar and keep your blood sugar balanced (eating vegetable carbs, animal protein and healthy fats with your meals and snacks). Most people need regular support and individual guidance in order to keep on track with healthy eating and to understand what approach is the best for their individual needs. Working one-on-one with a highly-skilled nutritionist or dietitian provides the best support to conquer compulsive eating for good.

We’ve also got a great online class to learn more about eliminating gluten from your diet called: Going Gluten Free the Healthy Way. Learn more and enroll on our website.

Lea is a licensed nutritionist at Nutritional Weight & Wellness. Lea has her own life-changing nutrition story—a story that ignited her passion for nutrition. Her journey to health and wellness started in 2003 when she lost 50 pounds and healed her chronic asthma with real food and exercise. She received her M.S. in human nutrition from the University of Bridgeport in Connecticut and is a licensed nutritionist through the Minnesota Board of Dietetics and Nutrition. She is also nationally recognized as a certified nutrition specialist through the American College of Nutrition, an association composed of medical and research scientists to further nutrition research.

Debi Love
I am 64 years old and suffered (and am still prone) with bulimia for 20-30 years. I have depression/anxiety, I have bipolar but the depression goes beyond what bipolar causes.
I constantly think of food/carbs and am going to bed at night at 6:30. Help
November 14, 2016 at 11:36 am

Here are links to the research used in the article:

Carrie L. Wooten
I have craved wheat since I was a child. I eat a lot of bread, cookies and cake. I tested negative for gluten. Why do I eat so much wheat?
September 5, 2020 at 2:50 pm

We have some great articles about food addiction and cravings on our website:

Food Addiction - What Causes It & How to Overcome It
Why Can't I Stop With One?
2 Reasons Why You Can't Give Up Sugar

Because everyone's situation is so unique, we'd highly recommend setting up a virtual apointment with a nutritionist to develop a plan specific to you.

Aneesa
I have iron deficiency, but extreme crave for provita crackerbread .that's about all I eat most of the time . I suffer with mild depression and anxiety. Please anyone advice how to leave crazy kerbread
August 30, 2022 at 10:18 am

We'd advise an appointment with a nutritionist or sign up for our Nutrition 4 Weight Loss program. If all you eat is crackerbread, you are probably on a blood sugar rollercoaster all day long which leads to out-of-control cravings. Some protein and fat would go a long way to stabilize the blood sugars, and then we’d need to dig into what’s going on with the iron.

Lisa
I am 56 years old and just found out I have a sensitivity to gluten. Gluten triggers binges for me. I have binge eaten since my tween years. Since going gluten free a few weeks ago...all my urges to binge is completely gone. Thank you Jesus!!
October 2, 2022 at 8:12 pm

Thanks for sharing! This is amazing! 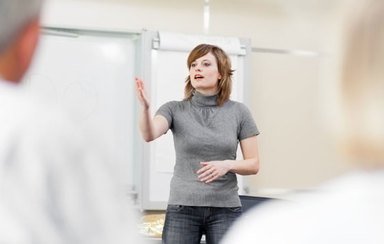